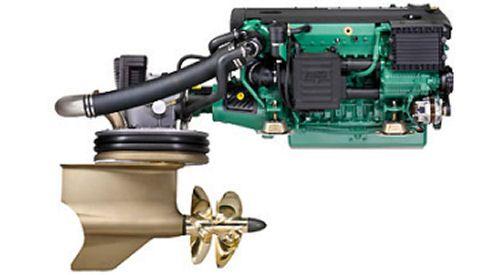 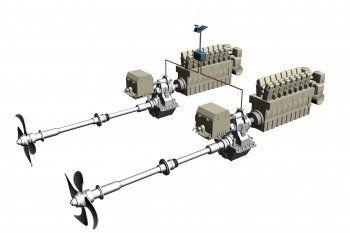 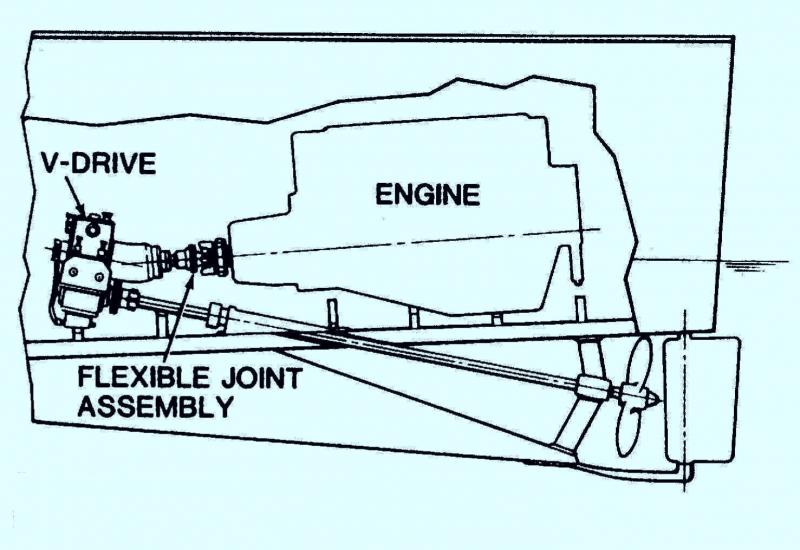 Consisting of a marine engine, often a gearbox, shaft, propeller and rudder, the marine propulsion system generates the power to make the yacht go. They are also called marine drives and boat owners have an array of choices when it comes to the components of the system diverse shipbuilders have privileged to build their yachts, particularly the marine motor and propellers. To help you differentiate a boat’s propulsion system, here is a brief explanation of each drive type:

The term drive is interchangeable with motor and engine, so an inboard drive is simply a marine engine enclosed inside a yacht’s engine room. With an inboard drive, the shaft, rudder and props are beneath the boat leaving the transom clear. Inboard drives can either be gasoline or Diesel, and twin engines are more popular whilst single engines exist as well. A marine V-drive engine is a modified conventional inboard drive that is placed closer to the stern of the boat than a direct drive.

A direct drive system, takes the power coming from a marine engine without any reductions (such as a gearbox), directly into the shaft and subsequently into the propellers. Inboard engines are carried within the boat’s hull. With direct drives, the engines have to be placed well forward inside the boat to provide sufficient angle for the drive shaft to pierce out the stern and into the propellers. Historically more classic, they are reliable and easy to service.

In a ‘V-drive’ boat, the engine is mounted slightly further rear of the boat and the front of the engine faces aft. Connected to the rear of the engine is the transmission. The first drive shaft connects the rear of the transmission to a gearbox mounted in the center of the yacht. The second drive shaft extends from the gearbox to the rear and out the bottom of the boat, underneath the engine, to where a propeller is mounted. The boats mounted with V-drives generally require a smaller engine room and therefore benefit of larger habitable space.

Outboard drives are self-contained units mounted on the transom of a boat. Each has an engine, propeller, and steering control through the lower unit that acts as a rudder. Outboard motors are the most common type of small boat propulsion.

Otherwise known as the inboard/outboard marine motor, stern drives are thought by some to be the best of both worlds. The engine is mounted inboard forward of the transom with a shaft that goes through the transom to the drive unit. Similar to the outboard lower unit, this portion of the engine has a propeller and acts as a rudder to steer the boat.

Surface drives are specialized drives, mostly used by performance and sport yachts, with a propeller that ‘pierces’ the surface of the water to provide increased thrust. They operate half in and half out of the water in the planing wake of the boat, with a propeller shaft that exits almost horizontally through the transom and called “bucket” due to its shape. Surface drives can rotate very rapidly on the surface of the water, because the cavitation effect is reduced, but the level of immersion of the propeller must be continuously monitored regardless of the trim of the vessel.

The most popular surface drives providers are ARNESON Surface Drives (USA) and their technology was originally developed for navy chasing ships.

Curiously used in personal watercraft but also on large yachts, water-jet drives replace propellers to push a boat through the water using high pressure air forced out of the stern of a vessel. The water jet draws water from beneath the hull, and passes it through impellers and out a moveable nozzle that steers the boat with a controllable pitch.

These newer and very efficient drives set up directly beneath the engines provide roughly 30% more effective horsepower and 25% less fuel consumption. Forward-facing propellers pull on the water beneath the boat, increasing efficiency and speed. They also render the yachts extremely maneuverable with joystick technology. They are gaining significant popularity and an increasing number of shipbuilders are developing pod drive adapted hulls to be able to use these drives.

The largest share of market in this category is indisputably held by VOLVO PENTA (SWE) and their Inboard Performance System, or simply IPS which are used on our Marquis Yachts. However CUMMINS (USA) also proposes a similar pod drive called ZEUS. Even if both manufacturers supply up to medium-size yachts, the tendency is to mount these drives on larger vessels.

Hybrid propulsion is becoming more and more popular as a marine propulsion system. The technology offers advantages over traditional diesel-only drives in some scenarios, on both pleasure yachts and commercial vessels. This represents an environmental friendly perspective of boating as well as a cost-effective and long-range cruising capability.

Today’s hybrid propulsion technology can be a viable option in the right application. With the marketing partnerships of Dreamline Yachts, Italia Super Yacht and Admiral Yachts, YACHTS INVEST is savvy with this technology.

A hybrid propulsion system is basically a diesel-electric system with the addition of electrical storage devices and enhanced controls. Thus, each hybrid system involves an electric motor, a generator, electrical storage devices, a means to charge them and a control system. It also involves an engine, usually fueled by diesel but consuming much less.

There are two main types of marine-hybrid systems: serial and parallel. In a serial system, the electric motor drives the propeller shaft directly, just like on a total electric vessel. In a parallel setup, the engine is connected to the propeller shaft through a combination motor/generator and a clutching system.

The better know and tested hybrid marine propulsion systems on the market are supplied by SIEMENS MARINE (GER). Dreamline Yachts offers the Siemens Hybrid Propulsion, conceived on the latest technology to operate with minor CO2 emission by lowest consumption and practically noiseless.

Some futuristic projects are even proposing now charging the electrical system with solar panels.

Rent a boat in Cannes and the French Riviera