You are here: Home1 / Blog2 / Sport Events Yacht Charters in South of France

Staring in spring of each year, yachting enthusiasts and sports fans can enjoy sport event yacht charters in the South of France, when the quick-paced life on French Riviera seems to take over the pause during winter and our region offers plenty of occasions to go out and benefit from bright sun and warm winds.

Indeed, sport event yacht charters in South of France are splendid occasions to start in full the busy yachting season agenda, the most important ones being the Formula 1 Grand Prix of Monaco and France, complemented by other sporting events such as Sailing Yacht Regattas, Golf, Football, Cycling, Tennis and others. Here are some of them:

Nautical sport event yacht charters in the South of France consist mainly of a number of sailing yacht regattas, such as Les Voiles d’Antibes – Panerai Trophy, which is the first prominent European event of the classic yacht season for sailing enthusiasts, and the opening event of the Panerai Classic Yachts Challenge.

Since its debut in 1996, Les Voiles d’Antibes – Panerai Trophy runs from Port Vauban – Europe’s largest marina – and the coastal waters between the bay of Antibes and Juan-les-Pins, welcoming a fleet of legendary boats, which challenge each other over the five days of regatta.

A celebration for the beauty of nautical sport and wealth of culture, Les Voiles d’Antibes – Panerai Trophy is known for the joyful atmosphere during the Antibes regattas, as it is one of the liveliest regatta resorts on the circuit. The area outside the city wall, very recently renovated, contributes greatly, featuring exhibitions, parades and offering other surprising animations to regatta guests, leaving this sport event’s leading role to the “ladies of the sea” – fine classic yachts. Every year Les Voiles d’Antibes – Panerai Trophy hosts some of the most beautiful Yachts d’Epoque (built before 1950), Classic Yachts (built before 1976), Spirit of Tradition and Metric Classes (6 MJI, 8 MJI and the 12 MJI competing in the Americas Cup from 1958 to 1987), which since the end of the 20th century, have created the glorious history of international yachting and its values of fair play, solidarity and respect.

The Giraglia Rolex Cup is the keelboat regatta on French Riviera, that takes place in Mid-June. Organised by the Italian Yacht Club and the Societe Nautique de Saint-Tropez, the regatta is preceded by three days inshore racing in the bay of Saint-Tropez followed by a 243 nautical mile offshore race during one week. The Giraglia Rolex Cup has been held annually since 1953 and it is supported by the Rolex luxury wristwatch company since 1997.

The regatta begins in the bay of St-Tropez, and the race comes through the Hyères Islands, near the island of Giraglia, and then finishes off in Genoa, Italy, for a total distance of 450 km.
By the time the Giraglia Rolex Cup starts, Saint-Tropez begins already to be flooded by tourists and regular boaters, gathering on the Quai Suffren of the Old Port of Saint-Tropez, to admire the view of the regatta and its luxury sailing yachts.

At the end of September, the world famous Croisette becomes the centre stage of classic yachting with the Cannes Royal Regattas – Panerai Trophy. A true armada of classic boats, including several centenarians, line up for a unique gathering of competition, style and elegance.

Just days after the closing of the yearly Cannes yachting Festival, the resort showcases some of the most iconic classic yachts ever, mustering gaffers, fore and aft schooners, cutters, sloops, yawls, J Class, vintage one designs and 12-metre sailboats… Five days of racing with the spectacular setting of the Lérins Islands for the fleet divided into seven groups, according to size, age and rigging.

It’s not by chance that, since 1859, the world’s yachting elite has chosen Cannes as its preferred race course. The bay of Cannes gathers dozens of racing sailboats and the Cannes Royal Regattas – Panerai Trophy represent the peak of the season with some 150 stunning yachts – from 10 to 50 metres long.

In fact, there are a few places that enjoy such a pleasant environment and ideal conditions for sailing. For over a century the world’s most beautiful sailing yachts compete on this magnificent race course where the Lérins Islands, the Esterel and Mercantour mountain ranges provide a unique background for the Cannes Royal Regattas – Panerai Trophy!

The event Les Voiles de Saint-Tropez continues the parade of sailing regattas, offering the public a unique opportunity to catch up with the end of the season and to assist to the most important sailing event in the bay of Saint-Tropez.

The French Patrice de Colmont had the original idea to race ordinary racing boats together with prestigious Maxi yachts, sophisticated prototypes with classic yachts with histories and this is how the Voiles de Saint-Tropez were born in 1981.Nowadays, over 300 yachts participate yearly in this 9-day race at the beginning of October. Virtually, anyone can participate, either on board your own yacht or chartering a classic yacht, or even chartering a motor-yacht to follow the race on the water.

The French Riviera features some of the most beautiful, impressive and challenging Golf Courses in the South of France, where Golfers can play year-around due to the region’s mild and sunny weather, such as the Cannes Mougins Golf Course 18 holes: 6,169m: par 72, one of the few traditional Members’ Clubs in the South of France dating from the 1930s, the course is set in the woodland just outside the town of Mougins, this is a traditional test of golf, thoroughly enjoyable without being ‘tricked-up’ in any way. The fine stone Clubhouse makes a magnificent centre-piece.

The Royal Mougins Golf Course (1982) 18 holes: 6,004m: par 71, home of the Cannes Open is a true ‘Championship’ course with service to match. Spectacular holes that trace their path through luxurious villas, with slick roller-coaster Greens defended by huge white bunkers.

The Cannes-Mandelieu Golf Course 18 9 holes: 5,676m: par 71, called “The Grand Old Lady of the Côte d’Azur”, beside the sea amongst the spreading umbrella pines. Boat ride from holes 2 to 3 and 12 to 13 and best played in the Spring as it tends to suffer over the Summer months at the hands of ‘irregular’ golfers.

The Grasse Golf Course 18 holes: 6,021m: par 72, high above Cannes, tucked into the hillside just below Grasse. Grasse is a reasonably hilly course that offers some stunning viewpoints out across Cannes to the Mediterranean. The course makes the most of the contours and is extremely well maintained.

The Opio-Valbonne Golf Course 18 holes: 5,931m: par 72, located in the grounds of the Chateau de la Bégude, Opio-Valbonne is an approachable course through fairly tight woodland. Not as exacting as others maybe, but with a friendly, laid back, atmosphere and the appeals of a chateau Clubhouse.

The Ste. Maxime Golf Course 18 holes: 6,155m: par 71, designed on a tricky patch of land with nine holes on the relative flat below the Clubhouse and the memorable back nine on the hill behind the Clubhouse and hotel that offers unequalled views out over the bay of St-Tropez and Ste. Maxime.

The mild and sunny climate of South of France encourages this very popular sport and international events like the 2016 UEFA EURO Championship held recently, but our region also counts on three of the largest and most impressive stadiums with equally popular and internationally known French League 1 football teams like Marseille (Velodrome Stadium), Nice (Allianz Riviera Stadium) and Monaco (Louis II Stadium), who often qualify and play in Europe’s relevant cups like the UEFA Champions League or the UEFA Europa League, holding their final rounds every year in spring.

YACHTS INVEST is capable of delivering with every yacht charter VIP entrance tickets to the stadiums, along with a convenient berth for any of these relevant South of France football fixtures.

Running in early March, the professional cycling race Paris-Nice consisting of 8 stages, covers a total distance of 1,229.5 kilometres. Nicknamed the “Race to the Sun”, and normally starting in chilly winter conditions in the region of Paris, the race cycles down to the spring sunshine in South of France and ends up either in the French Riviera capital of Nice or on the hill of Col d’Eze, looking over the city. First held in 1933, Paris-Nice was included in the in the European cycling calendar, with purpose to promote the fashionable shore city of Nice and attract tourists.

Down southward, the stages come up and down the hills and mountains, where the elite of the world cycling battle for victory. The 2017 and 75th edition announces the highest climb in the race history: the Col de la Couillole, culminating at 1,678 m.

If you happen to be looking for a reduced-rate yacht charter, do not miss the chance to assist to the spectacular arrival of Paris-Nice.

Another extremely popular cycling sport event yacht charters in the South of France is the Tour de France, the world’s multiple stage most famous race that takes place every year in July mainly in France, while also occasionally making passes through other European countries. The Tour de France legend started in 1903 with this professional cycling race across France in which the most famous racers and squads from all over the world participate every year. The participants in the Tour de France are mostly UCI World Teams, with the exception of the few invited teams.

Three week-long Grand Tours make up cycling’s most prestigious races: The Tour de France, the Giro d’Italia and the Vuelta a España; the Tour de France is the oldest, most challenging and spectacular, and the most appreciated by admirers and riders. While the route is modified each year, the format of the race stays the same with stages including time trials, mountain stages through the Pyrenees and the Alps, and the last stage finishing on the Champs-Elysees in Paris. The Tour de France consists of 21 day-long stages over a 23-day period and cover around 3,500 kilometres (2,200 miles). Around 20 – 22 teams participate in the Tour with nine riders each.

The French adore the Tour, which exposes so proudly their towns, villages, countryside and historical patrimony, promoting them to the entire world. The Tour de France passes frequently in many beautiful locations on the South of France.

The French Riviera is today probably the best place in the world for cycling, with many enjoyable trails and paths along its coastline providing spectacular views.

Being a part of ATP World Tour Masters 1000, the Monte-Carlo Rolex Masters male tennis tournament takes place in mid-April in Roquebrune-Cap-Martin, next to Monaco, continuing the tradition since 1897, when the first tennis tournament was played in Monaco. The tournament is played on clay courts. Rafael NADAL won the title 8 consecutive times from 2005 to 2012, and he then won his ninth title in 2016.

Our yacht charter program, also at a reduced-off season rate, offers to combine such an event with a short break on board a yacht in this exceptional location of glamour and prestige, comparing to nothing else in the world.

Another possibility for sport event yacht charters in South of France, accessible to everyone, is the Marathon des Alpes Maritimes Nice-Cannes that is run in early November every year between Nice and Cannes along the Cote d’Azur coastline. The race starts in Nice on the Promenade des Anglais – the emblem of French Riviera since 19th century. The participants run through Saint-Laurent-du-Var, Cagnes-sur-Mer, Villeneuve-Loubet, Antibes Juan-les-Pins or Vallauris Golfe-Juan, and to the finish line on Boulevard de la Croisette in Cannes.

If you’d like to plan for any sport event yacht charters in South of France, please feel free to contact YACHTS INVEST charter brokers to discuss your requirements. 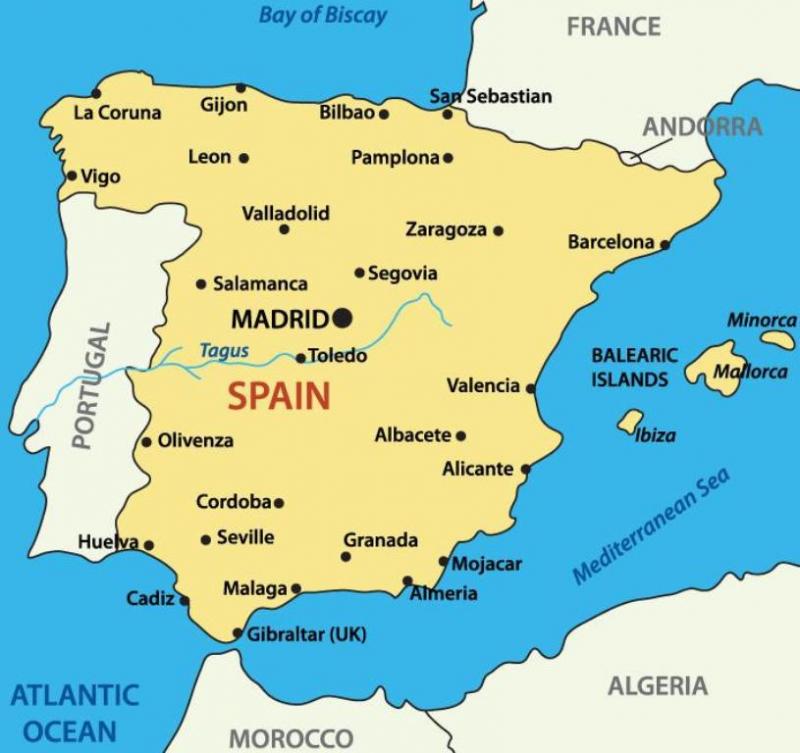 Yacht Charters in the Cyclades Archipelago – Renting a Boat in the Aegean...
Scroll to top