To facilitate discovering Italian Riviera yacht charter, as professional and reliable charter brokers based in Port Canto at Cannes, offering a vast fleet of boats for rent including luxury motor yachts, sailing boats and superyachts, YACHTS INVEST provides the following detailed information on this destination, worth visiting during your sea vacation in Europe.

The destination of Italian Riviera yacht charter, or Ligurian Riviera (Riviera Ligure in Italian), is the narrow Mediterranean coastal strip which lies between the Ligurian Sea and the mountain chain formed by the Maritime Alps and the Apennines. It extends from the border with France and the French Riviera (or Côte d’Azur) near Ventimiglia (a former customs post) to Capo Corvo (also known as Punta Bianca) which marks the eastern end of the Gulf of La Spezia and is close to the border with Tuscany. The Italian Riviera thus includes the entire coastline of Liguria (Historically it extended further to the west, through what is now French territory as far as Monaco). This picturesque region of Northern Italy counts upon famous seashore resorts as San Remo, Imperia, Genoa, Portofino, Forte dei Marmi, Cinque Terre, La Spezia, and many others.

Whilst geographically in Tuscany, the term is often extended to the maritime areas of Carrara, Viareggio, Pisa and Livorno (where most of the large Italian shipyards are based).

This part of the Mediterranean is a well-known attraction for the rich and famous, where one can easily meet celebrities from all over the world, thanks to a fantastic sunny climate year-around, panoramic views and upscale resort infrastructure.

By selecting Italian Riviera yacht charter you will get a unique opportunity to see a variety of spectacular landscapes and visit old charming towns and villages, situated on the territories which once used to be the cradle land of civilization.

Start your journey from the centre of musical festivals and casino-town San Remo, which is also famous for its 24km-long bike road, good also for skateboarders or just walking. Known since the times of the Roman Empire and keeping its cathedrals dating back to the 12th century renewed during Renaissance, the town has been, for the last 200 years, a preferred health and spa resort for many people including personalities, such as Alfred Nobel and Russian Tsars. Not far from San Remo, you might also wish to visit the Medieval village of Dolceacqua, with narrow stone streets filled with the local artists works and the remains of an old castle, from its walls you can admire spectacular views. You can also dedicate a relaxation day-tour to the internationally famous spa of Terme di Pigna.

On your way out from San Remo and past Marina degli Aregai, is the capital of this province with the same name – Imperia. Having received its name from Mussolini, the town unites several ancient villages including Porto Maurizio and Oneglia and besides being the centre of flowers and olives cultivation as part of Riviera dei Fiori, is also an important touristic point. All villages which are today parts of the city has its own rich history, as it has been a strategic point for the Romans, Byzantians, Albenga and Savoy families, Genovese, French, Spaniards and others. Thus there are many sites to see, such as San Maurizio Cathedral, the biggest in Liguria, embraced by old tiny crooked streets, Piazza Roma Maurizio with the monument to Garibaldi, city centre Parasio, Santa-Ciara monastery dated by 14th century, Palazzo dei Doria, home of the famous 16th century captain, magnificent villa Grock of a talented swiss clown, Piazza Doria with its colourful markets, olives museum and a picturesque palm alley ending at the piers and providing a breathtaking view. Imperia is also one of the largest superyacht marinas in Italy, harbouring hundreds of motor boats and sailing yachts and offering one of the best water sports centres in Italy with Piscina Felice Cascione, mild climate and magnificent beaches with clear water, one of which is Spiaggia d’Oro.

On your way north-east on your boat rental Riviera Ligure, you will pass other well-appointed marinas such as Loano or Varazze, and the formerly industrious port of Savona, which used to be one of the chief seats of the Italian iron industry, having iron-works and foundries, shipbuilding, railway workshops, engineering shops, and a brass foundry. Now Savona is one of the principal ports with ferry departures to Corsica, Sardinia, Sicily and other destinations in mainland Italy.

The largest port offering an international airport and many attractions on the Italian Riviera is the ancient capital of the powerful Medieval Republic of Genoa. Being the birthplace of Columbus and Paganini, the city has a vast historical, arts, musical and cultural heritage. Thanks to its strategic location, Genoa has been a trading port since the times of Etruscans and Ancient Romans, thus growing as a centre of interaction of many peoples and cultures including Ostrogoths, Lombards, Byzantines, Franks and many others. Among major sites to see are: historical centre with a labyrinth of little narrow streets and squares, Strada Nuova, the Renaissance period San Matteo Square and San Lorenzo Cathedral, Doge’s and Royal Palaces, recently restored Basilica of Santa Maria Assunta; the fountain at Piazza de Ferrari. Genoa is a busy city, where old and modern constructions are combined into a versatile maze of impressions. Visit old Harbor and Aquarium, the marina, where one can see amazing varieties of vessels and a 117m high lighthouse Lanterna. Taste the local cuisine delices: traditional dishes include sea bream cooked with olives and potatoes, mussels served with cheese, mushroom pie, and pesto. Sample the local cocktails and wines, including a “Tintoretto,” made from pomegranate and Spumante.

Following your Italian Riviera yacht charter do not miss a chance to stop at one of the most picturesque ports of Liguria – Portofino, a small and truly picturesque Italian fishermen’s village. According to the legend, the initial name of this place, given by the ancient Romans was “Portus Delphini”, as there were many dolphins in these waters. Today this is a luxury touristic centre with expensive boutiques and restaurants, where the rich and famous love to spend their time admiring the views and relaxation. On the Portofino’s peninsula, you can also consider visiting the attractive ports of Santa Margherita Ligure and Rapallo.

A fantastic stopover on your way on board your boat rental Riviera Ligure is the area of Cinque Terre – a natural and historical pearl, which you will never forget. Cinque Terre includes 5 little villages, which are under protection of UNESCO, being world historical heritage. Mild climate, no wind, variety of beaches and magnificent views attract many tourists to this National Park. Not much has changed in the lifestyle of the local population since the old times, so you can admire the ancient cathedrals and churches, hidden among the rocks, defence constructions against the pirates, olives and grapes terraces, old houses and crystal clear waters along numerous beaches. Monterosso, being the oldest of the five villages is also the only one which has a sandy beach. It opens the Azure Trail, connecting all the villages by which you can get to the next one – Vernazza – a cozy little settlement with coloured houses, a little square facing the bay and an ancient fortress. In Corniglia – the highest of these villages – do not miss a chance to see St. Peter’s church built in the 14th century, Chapel of St. Catherine, on the terrace behind which you can admire a wonderful view, and the remains of the Genovese fortress. At Manarolla you can find typical tower houses in the Genovese style and at Riomaggiore the Church of John the Baptist and the Castle founded in 1260. Riomaggiore also offers all equipments for diving. Do not hesitate to taste local specialties of anchovies of Monterosso, local pesto, focaccia, farinata, seafood and of course famous local honey ice cream. This area is also well known for its local wines: Cinque Terre and Sciacchetrà.

All yachting enthusiasts of boat rental Riviera Ligure, pay a visit to Forte dei Marmi – the centre of wealth and glamour. It is located on a marina dating back to the 16th century, preserving the ruins of a marble fortress built in 1788. This is a privileged place for the celebrities from all over the world, to stay and live, which shows how attractive Forte dei Marmi is. It is not just for its history, excellent beaches and pure sea, but also the festivals of Sant’Ermete and San Francesco, antiques market and weekly market on the squares of Marconi and Victoria Apuana. This place is fantastic for its rich nature, well-cared parks and magnificent beaches as well as for the water fun activities. Nightlife in Forte dei Marmi is also full of entertainment. Everything here breathes luxury and relaxation.

At the informal south-eastern border of Italian Riviera yacht charter is La Spezia, another important naval hub for many renowned Italian shipyards and its brand new superyacht marina Porto Mirabello. The historical centre of the city is composed of the buildings belonging to different epochs starting from ancient times. The main attractions are the Cristo Re dei Secoli (Christ the King of Centuries) Cathedral, Abbey Church of Santa Maria Assunta, the 16th century Church of Saint John and Augustine. La Spezia is famous for its museums, including the Castle of San Giorgio, museum of seals, Naval and National transportation museums. We also recommend to drop anchor at the Capo Corvo or Punta Bianca.

Generally speaking boat rental Riviera Ligure is a phenomenal destination for those who are passionate about Italy and love mild climate, excellent food, beautiful nature and historical sites. YACHTS INVEST charter broker specialists will be happy to provide you with more details in regard to the local attractions and the vessels available for this destination.

You’re welcome to read our next article about Yacht Charters in Portugal. 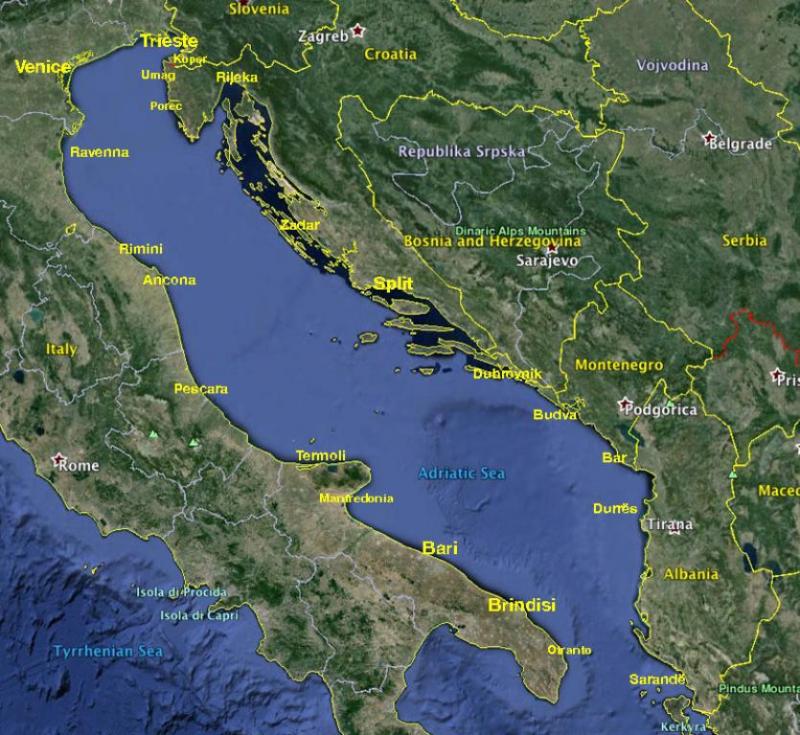