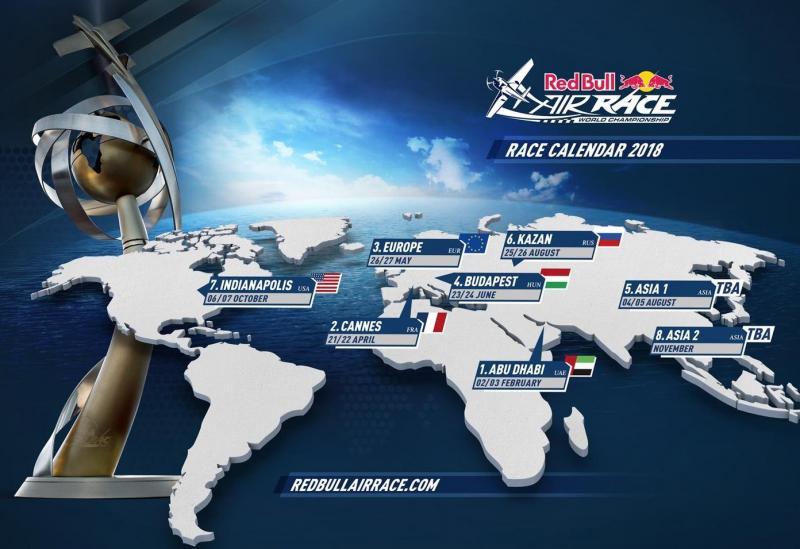 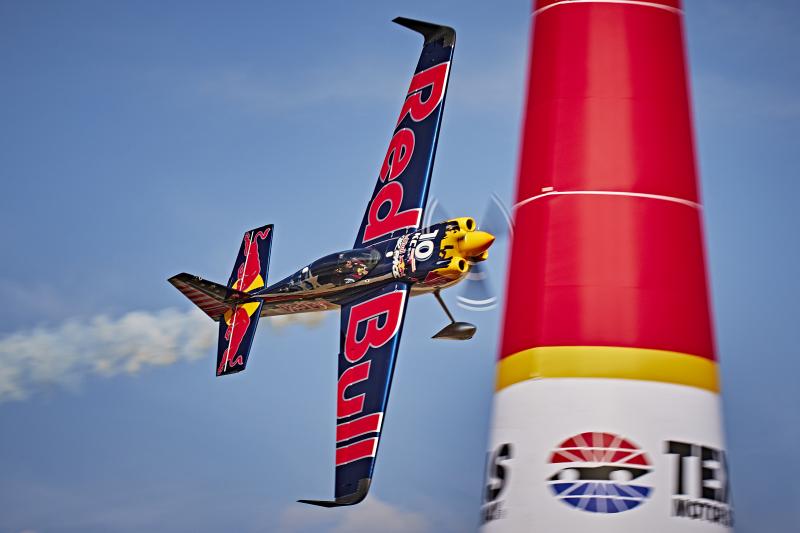 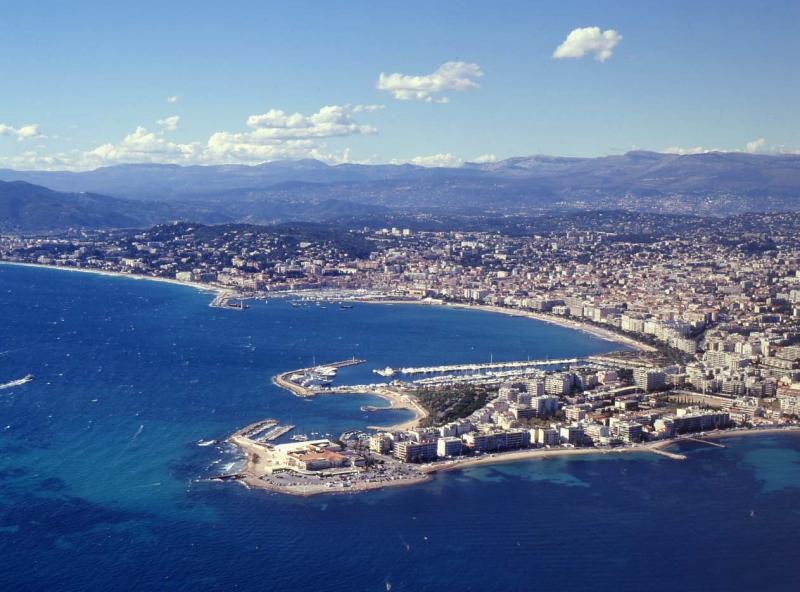 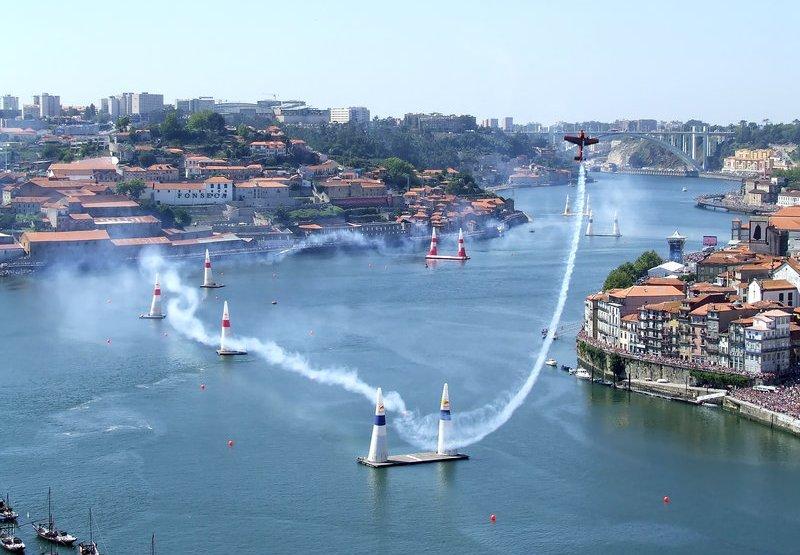 The Red Bull Air Race, the world’s largest air racing championship, will take place in the sky of Cannes on April 20th, 21st and 22nd 2018. London, Rio de Janeiro, Budapest, Abu Dhabi, San Diego, Indianapolis … More than thirty cities, on six continents, have hosted this prestigious race. But this is the first time that this event of major tourist interest, takes place in a French city!

Cannes will thus be the first town in France to appear on the calendar of the Red Bull Air Race event. For three days, the Croisette sea-shore boulevard and its beaches will see scroll and then compete the best pilots in the world. The first day will be spent on test flights, the second on the qualifying rounds and the final will be on the third day. It is a time-trial race, on a course marked with inflatable pylons, a kind of giant air slalom where each pilot must achieve the best time on two consecutive round trips.

“It’s a real honour to add the city of Cannes, and therefore France, to the calendar of our 2018 World Championship. Our pilots are very excited to come to compete in Cannes”, commented Erich Wolf, general manager of the Red Bull Air Race.

An enthusiasm confirmed by the French pilot and aerobatic champion, Nicolas Ivanoff, delighted with this first date in France: “This bay of Cannes is completely propitious to this competition. I cannot wait to compete here in the Mediterranean”.

The mayor of our splendid seaside resort, Mr. David Lisnard, recalled that “Cannes was already the capital of elegant sports, but also a city of aeronautical events from the beginning of the 20th century. We are renewing this tradition and this aeronautical history. The Red Bull Air Race is great news for Cannes and its touristic attractiveness”.

Renowned for its yearly film festival and boat-show, the Croisette has all the assets to host the event and the thousands of fans who will come to watch the aerobatics and pilots will compete in the sky of the French Riviera, along the beaches of the beautiful city of Cannes. For the 5 French pilots competing in these Series (3 Masters and 2 Challengers), this air race promises to be memorable. Do not miss this historic stage!

Tickets will soon be on sale and YACHTS INVEST can also offer you a luxury yacht for charter to be present at the Red Bull Air Race in Cannes, closer to the event on the water, at anchor or at dock by adding this event to our calendar and launching our spring season of event yacht charters…

The Red Bull Air Race world championship is an international competition recognized by the FAI – World Air Sports Federation. It combines speed, precision and know-how, and opposes the best racing pilots in the world. At the controls of the fastest, handy and lightest planes, the athletes endure up to 10G and slalom at a speed of 370 km/h between 25m-high pylons filled with air.

Invented by the Red Bull Sports think-tank, the initial goal in 2003 was to create the most advanced aerial challenge the world had ever seen. Today it’s under the name of Red Bull Air Race that this project has evolved, exceeding the initial expectations of its creators.

It is an unparalleled visual spectacle. A combination of high speed, low flying and extreme manoeuvres, accessible only to the most experienced pilots in the world.

14 of these drivers compete in the Master Class category over 8 stages across the globe, to win the title of Red Bull Air Race World Champion. The objective of these pilots is to fly through an air circuit dotted with inflatable pylons, as quickly as possible and avoiding penalties. The pilots earn points at the end of each race, and the one with the most points in the general classification at the end of the season wins the title.

The Challenger Cup is a competition that offers new and talented generations of pilots from around the world, a chance to experience the thrill of the sport.

THE AIRCRAFT OF THE RED BULL AIR RACE

Designed to be as agile as possible in the air, with aerodynamics close to perfection, the racing aircraft of the Red Bull Air Race world championship are at the forefront of the light aviation technology.

Built to be as light as possible and to achieve impressive speeds, these extremely robust aircraft are capable of handling forces up to ten times the force of gravity (10G).

These propeller machines are very easy to manoeuvre, able to pitch vertically at very high speeds without much effort – a performance that even modern fighter jets are not able to achieve.

Air courses specifically designed for the Red Bull Air Race are unlike any other. This sport mixes vertiginous speeds and low-altitude flight, that can take place above the water, always in breath-taking and world-famous venues.

The circuits measure on average 6 km and are marked by air gates, materialized by inflatable pylons defining the course. Developed in 2002, they have experienced several changes to finally acquire the current sophisticated design.

Pilots start the circuit between two pylons materializing both the start and the finish, and have to pass through several intermediate gates. The goal is to manoeuvre and pass between the two pylons forming the gate – keeping the wings of the plane horizontally – and to slalom on a series of three zigzags materialized by individual pylons. Finally, one of the ends of the circuit generally comprises a vertical aerial manoeuvre. Pilots must fly between doors, slalom as fast and efficiently as possible, all without ever exceeding 10G, at the risk of being disqualified.

The rest of the rules are explained in the following video:

Thus, YACHTS INVEST invites you to participate in this world-class event in the beautiful bay of Cannes and remains at your disposal to organize your event yacht charter during the Red Bull Air Race in Cannes this spring – Feel free to contact us for more information.

Yacht Charter: Cruises to the Best Diving Spots in the Western Mediterranean

Charter a yacht in Cannes and the French Riviera
Yacht Charter: Cruises to the Best Diving Spots in the Western Mediterranea...