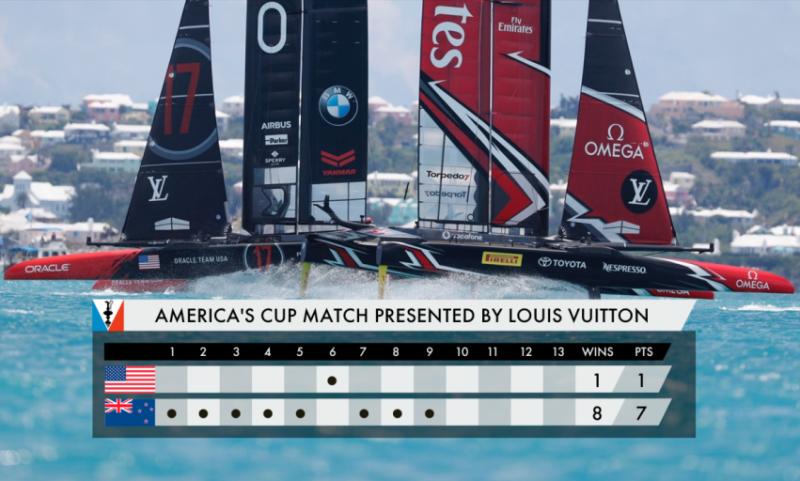 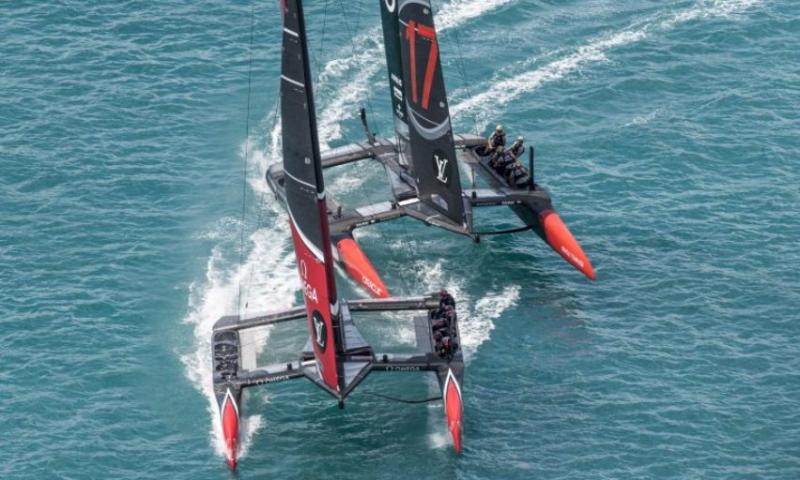 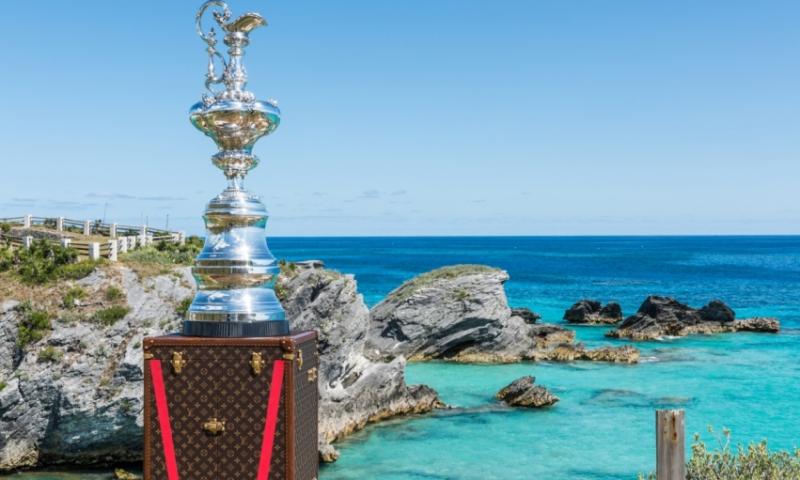 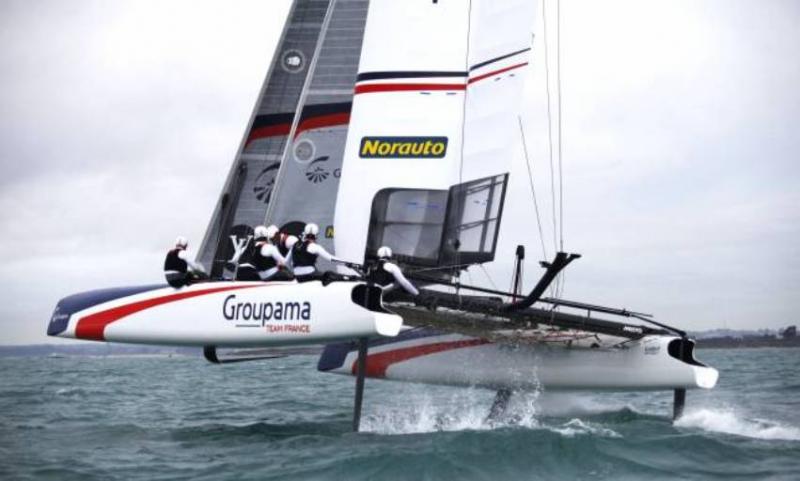 For the third time since its first contest in 1851, New Zealand won the 35th America’s Cup in Bermuda, after the 1995 and 2000 editions. They claimed the oldest trophy in international sport, and took their revenge on the 34th edition (2013), where they led their opponents 8-1 before Oracle Team USA overturned the score and won 8-9.

THE BOATS OF THE AMERICA’S CUP

The boats competing in the America’s Cup are 45-foot monotype winged catamarans, commonly referred to as the ‘AC 45 Series’ and constructed in carbon.

These impressively powerful and nervous machines give the impression to ‘fly on water’ and are characterized by the presence of foils (L-shaped mobile appendages). From 10 knots of wind, the catamarans take off and are in contact with the water only by the end of their foils and their two rudders. Their accelerations are explosive, especially since the AC 45 creates its own wind.

In competition, a defender and five challengers:

This Monday, June 26, 2017 took place the 9th and final round of the America’s Cup sponsored by Louis Vuitton. And as expected, it was the Kiwis who won the 35th America’s Cup in Bermuda. Emirates Team Zealand, led by skipper Peter BURLING won most of the Cup’s final races and won against Oracle Team USA, 7 against 1.

This is the third time that the New Zealanders won the famous silver trophy since the creation of the Cup in 1851. They had already won the trophy in 1995 and 2000 and had been on the verge of winning against Oracle Team USA during the 34th edition in 2013. The Kiwis had led their opponents 8-1 throughout the final, before losing the last day to Oracle, having overturned the score 9-8 … With this victory, Peter BURLING, the Kiwi skipper, becomes the youngest skipper in the history of the race – at 26 – to win the oldest sports trophy on the planet.

Despite a much lower budget than the Americans, New Zealanders were able to create an innovative boat and exploit the potential of innovations, such as pedalling cranksets for grinders.

WHAT TO EXPECT IN THE FUTURE FOR THE AMERICA’S CUP?

With this unequivocal victory, the Kiwis become the next Defender of the America’s Cup, and therefore the next organizers. This victory can upset the organization of the Cup since the New Zealanders are the only ones not to have signed the new set of rules proposed by the Americans.

Thus, the Cup could change place (certainly Auckland in New Zealand), but also support. Indeed, Emirates Team New Zealand has never hidden its desire to return to the monohulls. A hard blow for the French, Japanese and Swedes who had rallied the American proposal to return to Bermuda for the 36th edition and to sail on AC 50’s …

For if the rules were modified, it would considerably change the situation for teams with smaller budgets, which would have to rebuild a new boat, generate new travel and installation costs, and so on, and thus exceed the required budget of about 30 million Euros.

Sailing enthusiasts and following the main regattas of the world, YACHTS INVEST congratulates Emirates Team New Zealand for its brilliant victory in the 35th America’s Cup and wishes the French team of GROUPAMA TEAM FRANCE and its skipper Franck CAMMAS, having had encouraging performances, for the 36th edition – rendezvous in 2019!

Please view the video of GROUPAMA TEAM FRANCE for this 35th America’s Cup:

Astondoa 100 Century: New Series Superyacht Launched in July
Scroll to top
We use cookies to ensure that we give you the best experience on our website. If you continue to use this site we will assume that you are happy with it.OK