You are here: Home1 / Blog2 / Dreamline launches the second model of its fleet the DL 34 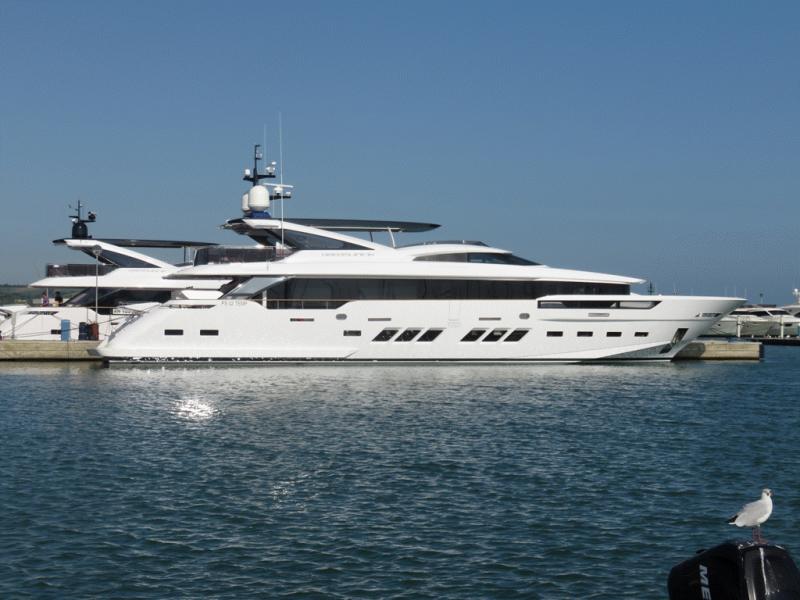 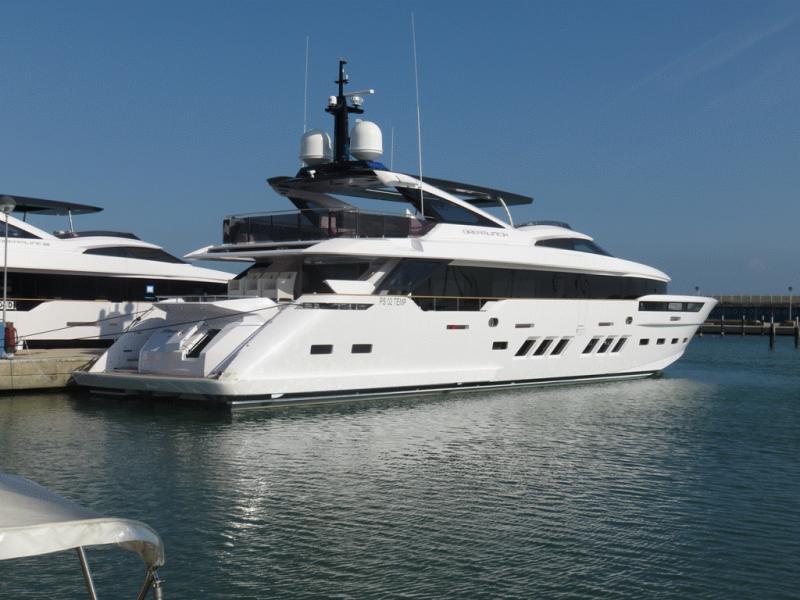 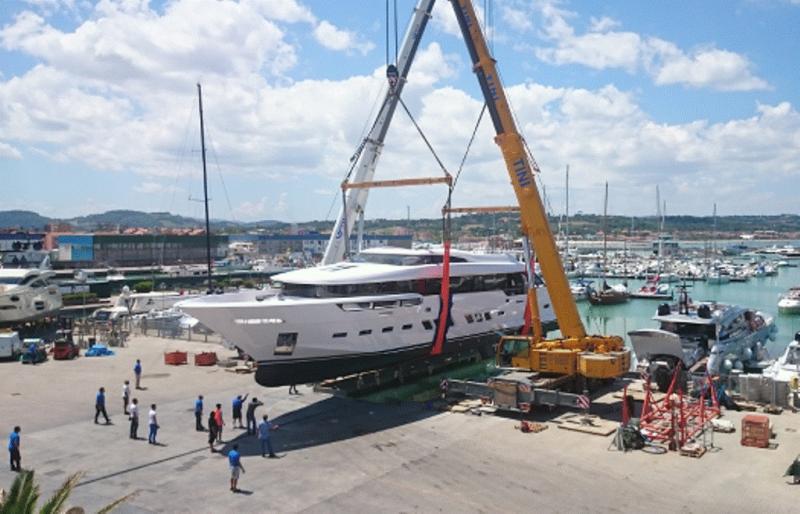 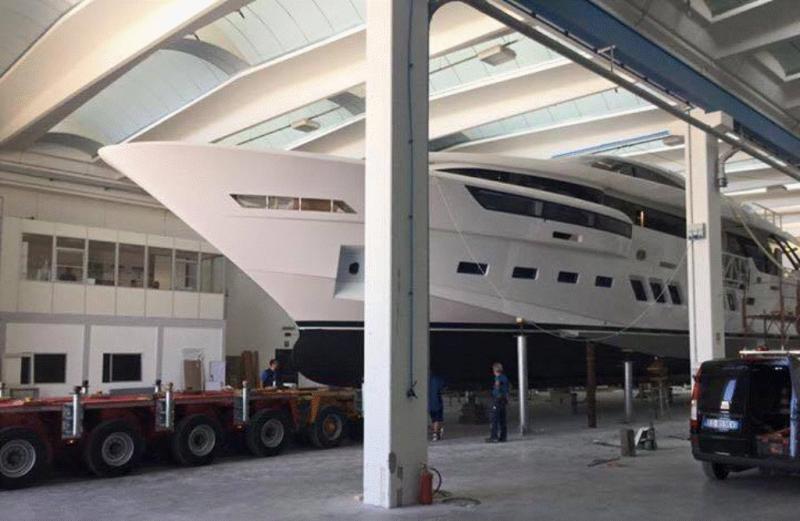 After the important success of last year with the presentation of the first model Dreamline 26m at the 2015 Cannes and Monaco Yacht Shows, this moment promises to be once again very important for the Italian shipyard.

Under the astonished gaze of passers-by, the 34 meter superyacht paraded along the roads towards Marina dei Cesari (Adriatic – Italy) where the launch took place, with one hundred employees engaged in this exceptional convoy between law enforcement, transporters, technical staff from the yard and manoeuvring personnel from Marina dei Cesari. The launch took place successfully accompanied by a long applause of the experts and the many onlookers.

This launch confirms the impression that the Italian yachting industry, whose brands are amongst the most important in the world, is finally turning back the bow to the open sea after years of difficulties, reviving hundreds of companies and employing thousands of people. Despite the crisis, the Italian shipbuilding industry is the first in the world, particularly for super-yachts.

The new Dreamline 34 m brings numerous stylistic elements and functional technologies, among which is the particular shape of the hull, developed by Studio Arrabito and based on a keel called ‘Lama Chine Waveless Blade’ for the presence of a blade instead of a bulb and thanks to which the hydrodynamic efficiency results in the optimization of performance. The yacht sails at economical consumption navigation speed of 12 knots while capable of cruising also up to 30 knots, planing.

The outlines in the building of the new Dreamline 34m follow the principles already seen on the previous smallest model the DL 26, for example the owner’s suite is on the main deck with direct access to an outdoor relaxation area dedicated to the owner. Team For Design Enrico Gobbi and Studio Arrabito, have worked together to achieve a perfect balance of forms, volumes and functionalities at the highest standards of yachts this size.

This super-yacht of 34 meters, signed Dreamline Yachts will see in the coming years the rest of its series including models of 40, 46 and 49 meters.

The yacht will be moored in the port of Fano for the next few weeks and will then begin the cruise to Monte Carlo where her Russian owner will allow this splendid vessel to be showcased at the next Cannes and Monaco Yacht Shows, where the Dreamline DL34 will be officially presented to the world.

We are certain this yacht will provide lots of topics to talk and write about, just like the 26m did last year during its official presentation at the Cannes Boat Show, which also obtained excellent opinions from ship-owners, the press, critics and innovation awards. So, contact us at YACHTS INVEST to view the DL 34 during the shows!