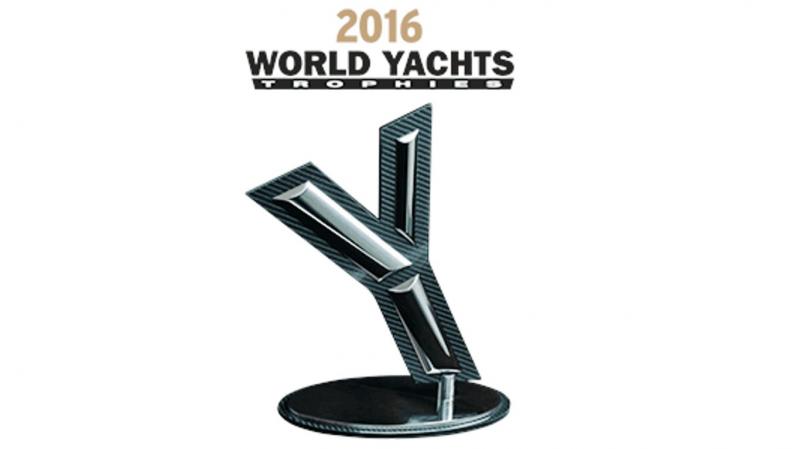 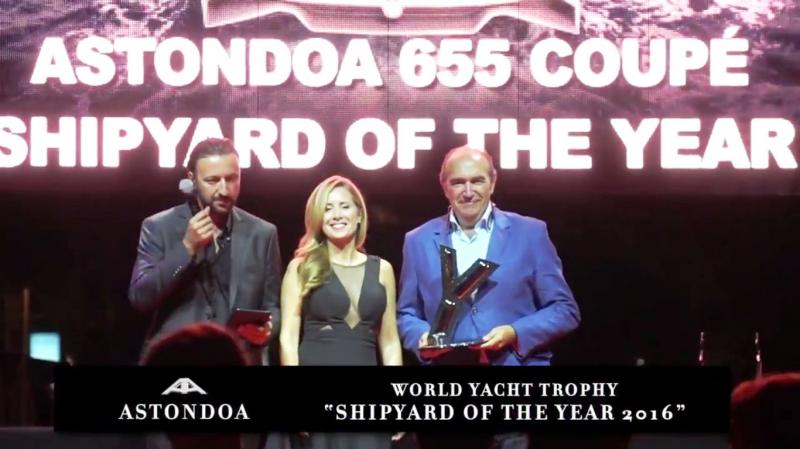 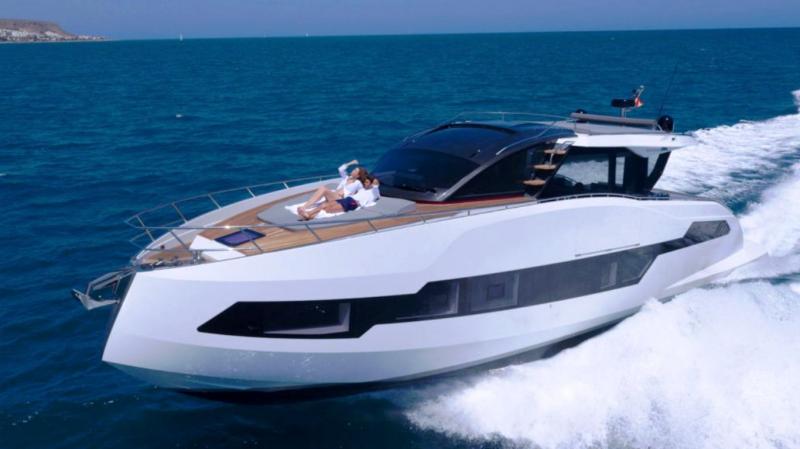 The leading Spanish shipyard ASTONDOA continues its Centennial celebrations (1916 – 2016) by being awarded the Best Shipyard of the Year at the 2016 World Yachts Trophies Awards, on September 10th and during the 2016 Cannes Yachting Festival at the Carlton Hotel beach in our French Riviera resort of Cannes. This prestigious award acknowledges a century of custom shipbuilding, the best reward to close Astondoa’s 100 Year Anniversary.

The award was extended to the nomination of the recently launched Astondoa 655 Coupe in the category of Most Innovative Yachts, a totally new, unconventional sport yacht that will make its international debut at the 2016 Fort Lauderdale International Boat Show, (FLIBS) from November 3rd to 7th.

Organised and managed by the reputable Yachts France magazine, the World Yachts Trophies Awards took place on Saturday 10th of September on the Carlton Hotel’s beach. Over 700 guests attended this yearly but always exceptional event!

The World Yachts Trophies are considered among the most prestigious awards in the Luxury Yachting Industry and they are given every year to the best shipyards worldwide. Industry professionals, owners of big yachts and shipyard directors have been participating to this event for more than 10 years. The World Yachts Trophies reward the best of the luxury boating industry and innovations from the last season.

From the 6th to the 11th of September 2016, enthusiasts from all around the world met for the Cannes Yachting Festival at the Old Port and Port Pierre Canto. To end this spectacular week, high personalities of the marine industry gathered for a unique gala night: the World Yachts Trophies.

The Yacht Parade took place, as in each of the previous years, before the guests’ astonished eyes and culminated by the award ceremony, fireworks and partying until 1 am to celebrate international yachting.

Follows a brief video of ASTONDOA: Best Shipyard of the Year at the 2016 World Yachts Trophies Awards:

So, if you’re looking to build, buy or sell a new or pre-owned yacht from ASTONDOA, rewarded Best Shipyard of the Year at the 2016 World Yachts Trophies, please do not hesitate to contact YACHTS INVEST, which is a proud Astondoa Yachts Certified Dealer.