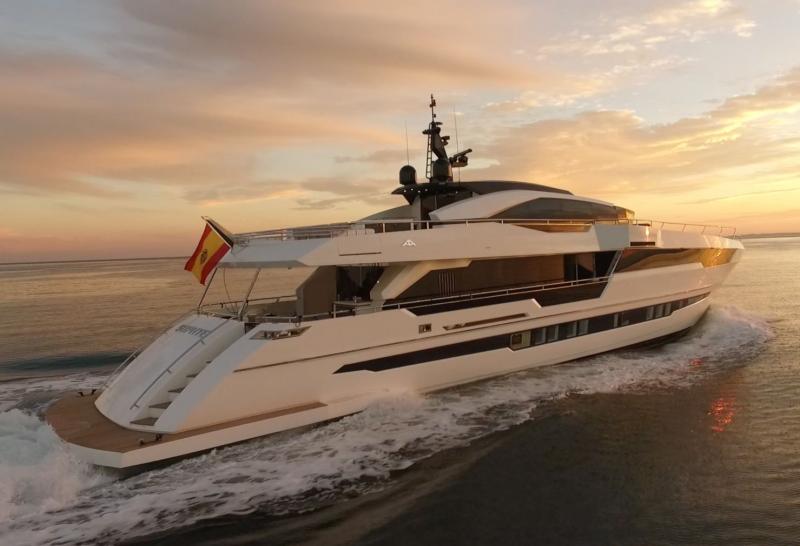 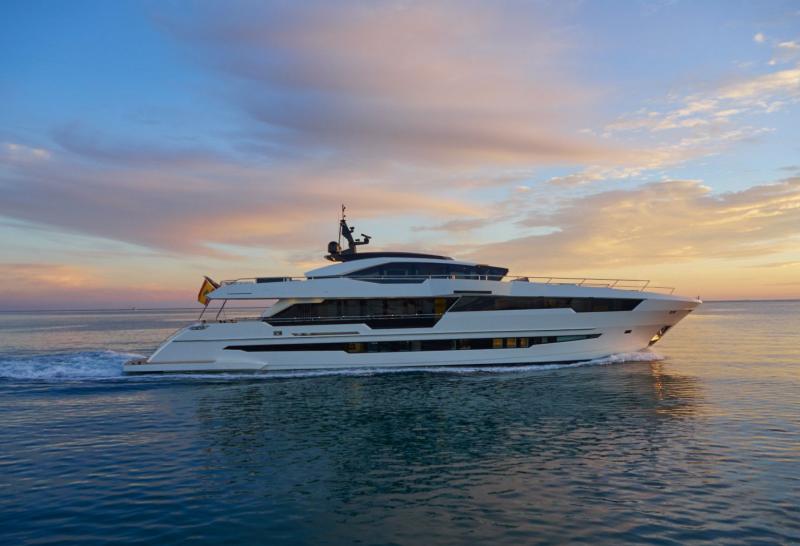 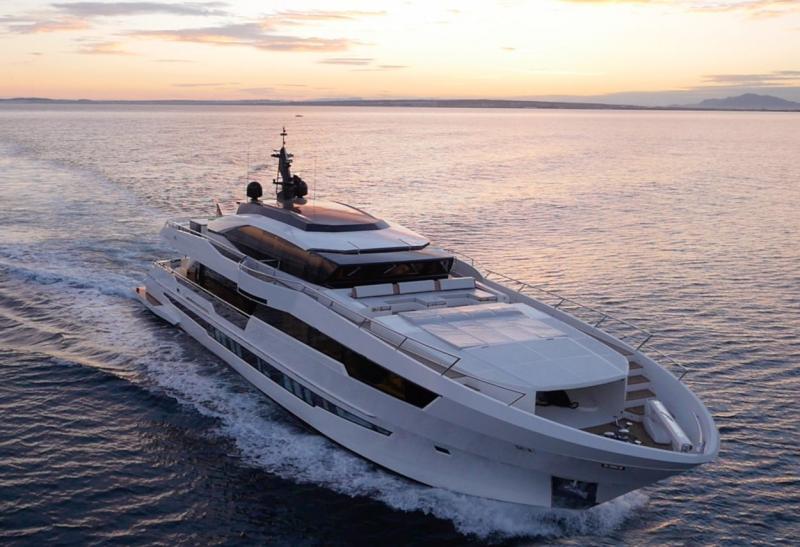 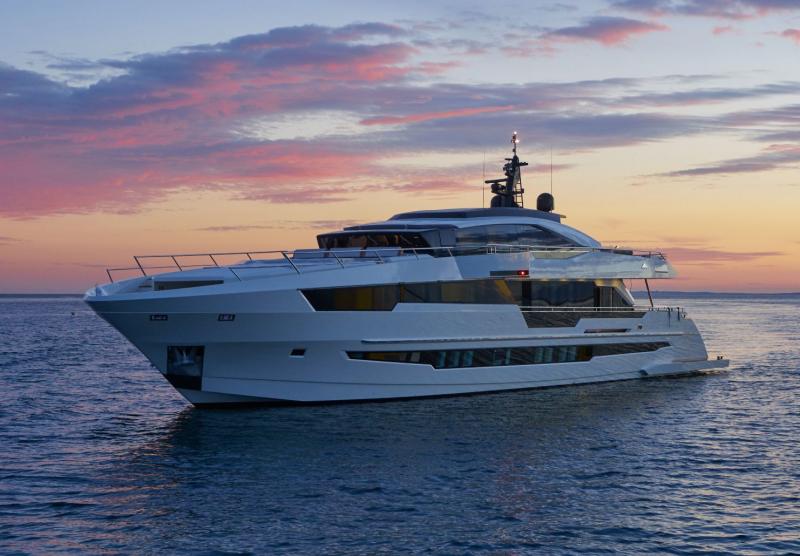 Sea trial video and pictures have been released of the first hull of the new Astondoa 110 GLX Century series. The yacht was launched this past January 2016 by the Spanish yard Astondoa that we represent in France. The 33.5 meter semi-custom yacht will be officially revealed at the Yachts Miami Beach Show (February 11-15).

The launch marked an important moment in the history of the Astondoa shipyard as it celebrates 100 years of yacht building this year. Having made the transition from the wooden boat era to building composite yachts, Astondoa then entered into the world of superyachts in 2007 – with launches including the 43.5 meter Samurai One and the 45.5 meter Panakeia (Ex-Amaranta P).

The all new Astondoa 110 GLX Century features large sun pads on the foredeck and aft of the fly bridge, providing voluminous outdoor areas for guests to relax. On the flybridge, an electric sunroof can be opened over the covered forward part when the weather is good. If preferred, the roof can be closed to provide a glass walled, air conditioned sky lounge. This versatile space also features a bar, BBQ grill and al fresco dining for guest entertainment.

Two additional watercraft are kept under the foredeck and a Williams jet tender is stored in the aft garage. The easily accessible swim platform is reached from the aft deck, featuring a second outdoor dining option.

The interior, designed by Cristiano Gatto, is created to be clean, uncluttered, modern and low maintenance. Rich, touchable textures contrast with high tech elements, including the big screen TV that doubles as a black glass wall. Gatto explained how “the owner wanted it to feel like guests were really onboard a yacht – not in a NYC apartment” .

The leading Spanish shipyard Astondoa have managed to integrate the features of a much larger yacht into a more functional yacht. This was achieved mainly with an impressive beam exceeding 7 meters. “It depends on how you are going to use the yacht, not how much you want to impress people with its size. When having fun is in your culture, having a boat that resembles your style is the most important aspect” .

The main deck features a full beam master suite with panoramic views, while on the lower deck two double and two twin staterooms provide accommodation for up to 10 guests. Sofas in the lounge can convert into beds to create additional sleeping space.

The Astondoa 110 GLX Century will be displayed at Yachts Miami Beach 2016 for its international premiere.