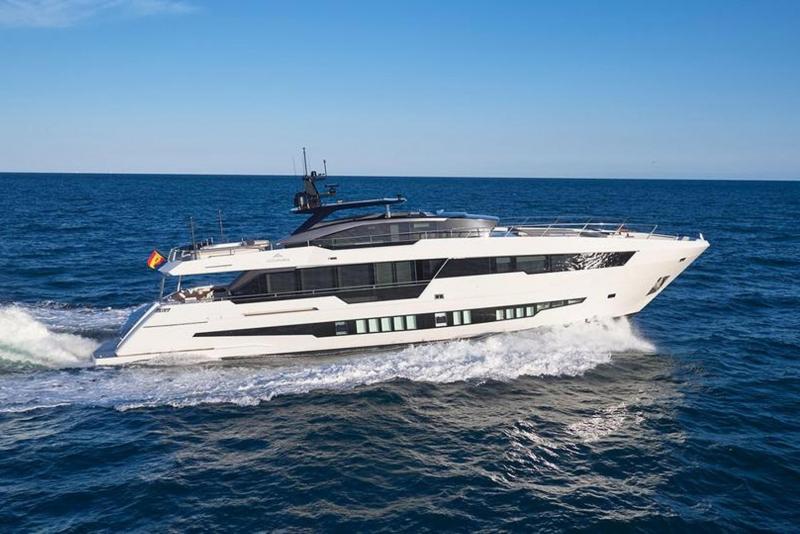 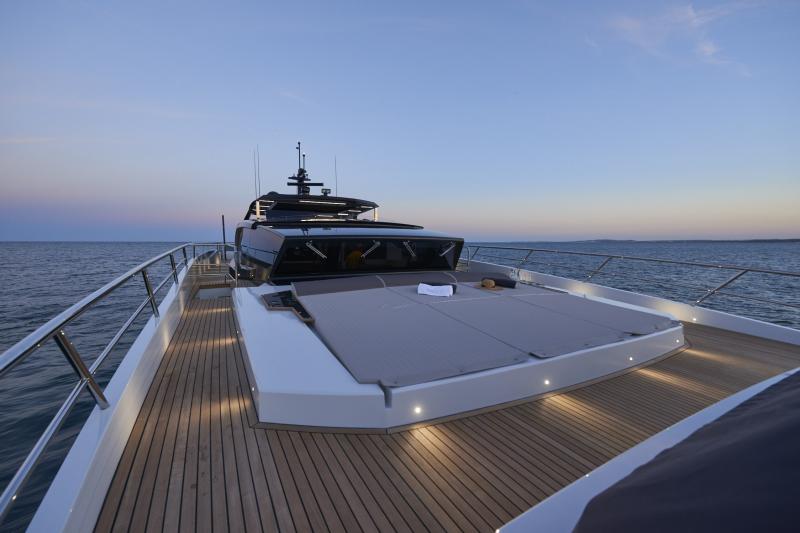 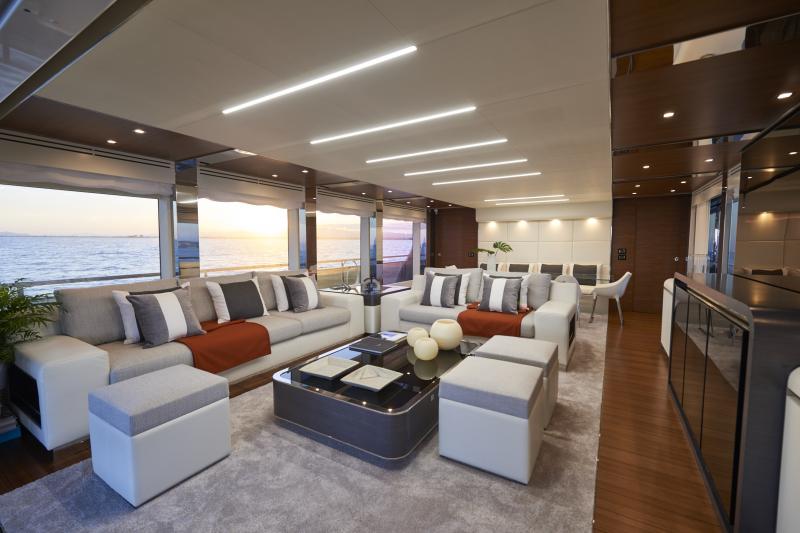 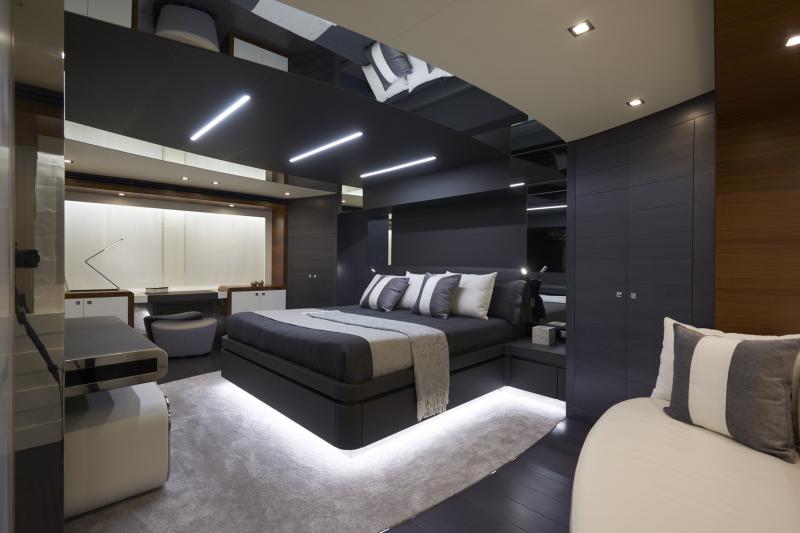 The all new ASTONDOA 100 CENTURY will now make its international premiere at the 2017 Cannes Yachting Festival in September.

This raised pilothouse flybridge yacht follows on from the Astondoa 110 Century yacht, which was launched in 2016 for the yard’s 100-year anniversary.

Just like its larger sibling, the Astondoa 100 Century benefits from a notably elevated superyacht wheelhouse, leaving plenty of room for a full-beam owner’s cabin on the main deck.

Additional guest accommodation is provided in four cabins situated amidships on the lower deck, taking the total to ten guests, while the crew quarters allows for a staff of up to four people.

Interior styling is courtesy of Italian designer Cristiano Gatto, who worked with the client to create “an extraordinary environment” in this voluminous and state-of-the-art luxury superyacht.

The saloon features plush sofas and freestanding armchairs, in keeping with a monochrome aesthetic, while subtly recessed lighting illuminates her cabins.

Other unique specifications of the brand new Astondoa 100 Century, scheduled for its world premiere at the 2017 Cannes Yachting Festival, include a beam of 6.9 metres and a maximum draught of 1.8 metres. Propulsion comes from her twin 2185 Hp MTU 16V2000 M86 diesel engines, propelling the Astondoa 100 Century to a comfortable cruising speed of 22 knots, and designed to hit a top speed of 26 knots.

Astondoa also has plans to expand its Century range with a 36.5 metre model and a 40-metre model both currently on the yard’s drawing board.

YACHTS INVEST is pleased to invite you to view the brand new ASTONDOA 100 CENTURY on display afloat for its international premiere at the 2017 Cannes Yachting Festival – Please contact us for courtesy tickets and schedule your inspection.

Cannes Yachting Festival Celebrates its 40th Anniversary in September 2017
Scroll to top
We use cookies to ensure that we give you the best experience on our website. If you continue to use this site we will assume that you are happy with it.OK