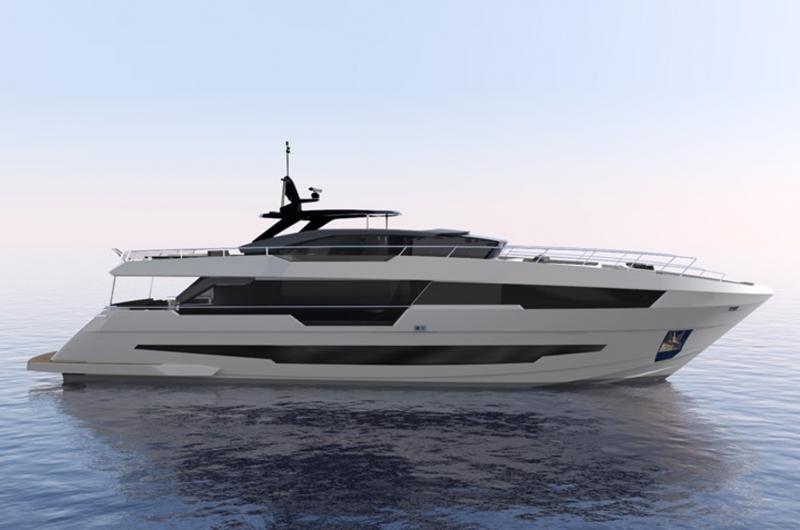 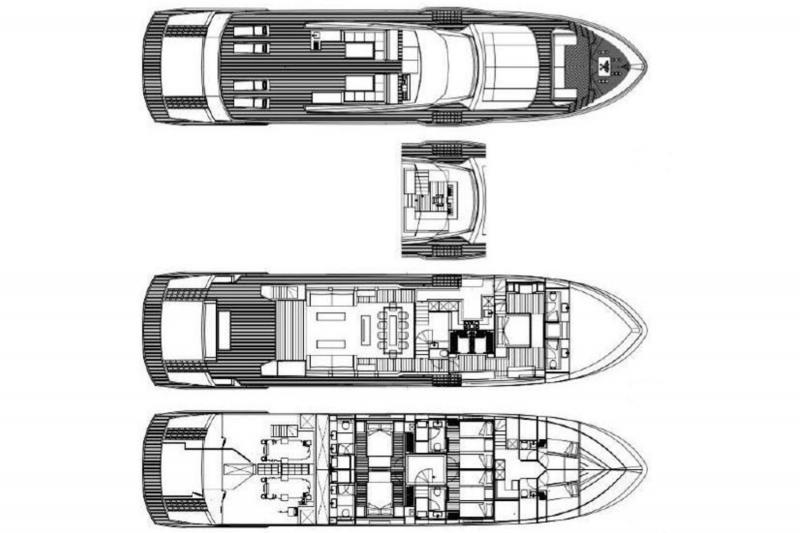 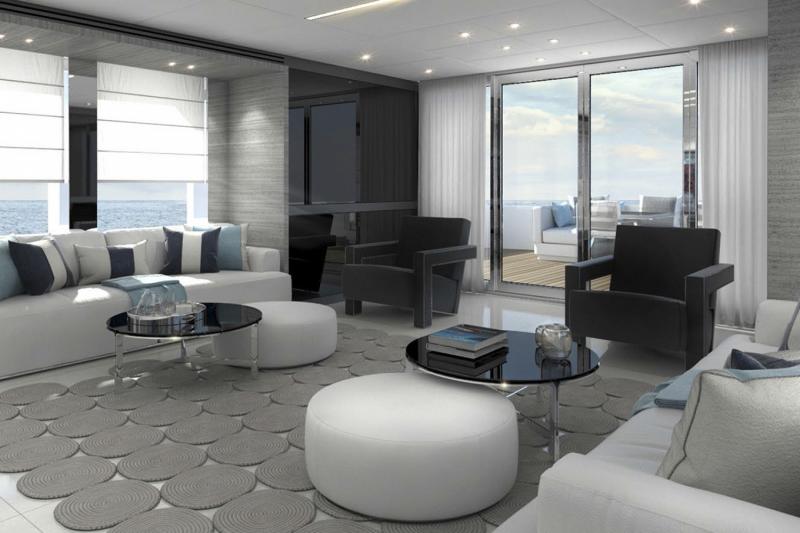 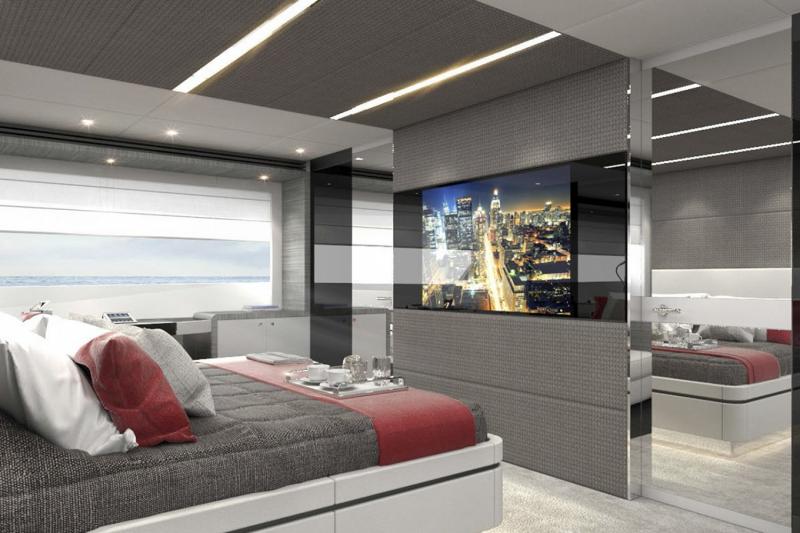 The ASTONDOA 100 CENTURY is the second on the Century series built to commemorate the hundred years anniversary of the leading Spanish shipbuilder. The first ASTONDOA 100 CENTURY is scheduled for delivery this summer and to make its International Premiere at the Cannes Yachting Festival 2017 in September. This New Series Superyacht is sporty featuring sleek lines which have enhanced her chic edge.

This second model in Astondoa’s superyacht line, the new Astondoa 100 Century is as eye-catching as the Astondoa 110 Century that launched last year. The Spanish shipyard has a different take on exterior design from its other European and American competitors, with a more integrated-looking hull and superstructure. Its contemporary, almost spear-shaped profile actually creates a larger main deck, with excellent headroom, that extends from the aft cockpit to the master suite forward.

The Astondoa 100 Century’s saloon and formal dining area look more like a waterfront apartment than a traditional yacht, with large windows bordered by stainless-steel frames that stream natural light to the wide open-plan area. The saloon’s grey oak panelling is matched with a white tiled floor and loose furniture that looks exactly how a Spanish-built yacht should. Designer Cristiano Gatto did a masterful job of injecting an Iberian sensibility into her contemporary and luxurious interior, keeping everything simple, bright, and elegant. The design studio works individually with each boat-owners to customize all interiors.

The full-beam master suite is located on the main deck and has his-and-hers walk-in wardrobes, a large bedroom, and even separate his-and-hers bathrooms and showers. Large windows on both sides provide a waterside view. On the deck below, are located the other four guest staterooms, each with ensuite bathrooms, divided into two doubles and two twins. Forward, but through a separate entrance, are crew quarters for four.

Astondoa also makes it clear that the 100 Century is for buyers seeking for a large yacht experience without a big crew. She’s meant for handling by four crew members, and crew members can easily move about without getting hampered. Astondoa designed the 100 Century with a higher-than-usual wheelhouse, so crew can walk freely from bow to stern on a single level.

While the flybridge deck has a slightly compressed profile, it is actually quite high, allowing the captain excellent visibility from the pilothouse. The volume is abundant just like any 100-foot yacht. Walkaround access from the rear deck to the bow is easy, without having to change levels. The shaded social area under the hardtop is also a nice touch.

With twin 2185 Hp MTU 16V 2000 M86 Diesel engines, the Astondoa 100 Century has a top speed of 26 knots, with a cruise speed of 22 knots, for thrilling rides and fast-arrivals to destination(s). Furthermore, given her draft of only 1.8 meters, the yacht can pull into a variety of shallow areas.

Each Astondoa yacht is built with 100 years of heritage along with state-of-the-art technology, contributing to create highly personalized vessels to suit the owner’s tastes and requirements.

The Astondoa 100 Century isn’t the only new addition to the Century series. Astondoa intends to expand it, with the 120 Century and 130 Century in the design stages of this New Superyacht Series.

Don’t hesitate to contact YACHTS INVEST for more information on the ASTONDOA 100 CENTURY, her International Premiere at Cannes Yachting Festival 2017 in September, or any other enquiry on Astondoa’s Century line.